The Autumn Budget was delivered in the House of Commons today by the Chancellor of Exchequer Rishi Sunak MP, as he set out a number of measures to help balance the countries books.

In a speech at the Conservative Party Conference earlier this month, Mr Sunak said that economic recovery from the pandemic “comes with a cost”, after billions of pounds were spent on coronavirus support measures for businesses and workers.

So what was announced at today’s Autumn Budget?

Unsurprisingly, the Chancellor kicked off his speech that the Autumn Budget would “not draw a line under Covid” and that there were “many challenging months ahead”, with inflation forecasted to rise further from 3.1% in September. However, the Economy is expected to grow by 6% in 2022, returning to its pre-Covid level at the turn of the new year.

“Invent, discover, create” was a consistent mantra from the Chancellor at the beginning of his speech, with the announcement of increased investment in R&D up to £20 billion a year, in addition to the cost of R&D tax reliefs. To encourage overseas companies to invest in British industries, including life sciences and electric cars, £1.4 billion investment fund is due to be introduced that will provide grants

The logistics industry, which has been hit with a double blow surrounding the issues faced from the pandemic as well as Brexit rule implementations from the EU, will likely welcome the news of reformation to the Tonnage Tax regime – which will be adapted to make it simpler, fairer and more competitive. Mr Sunak also announced that there would be rewards for ships flying the red ensign, rather than that of an EU state.

The Autumn Budget also highlighted that ​​the National Living Wage will increase next year by 6.6%, to £9.50 an hour. For a full time worker, that’s a pay rise worth over £1,000 and will impact over 2 million of the lowest paid workers in the country.

Regarding Corporation Tax, Sunak has announced a cut to the bank surcharge that was introduced in 2015 by George Osborne, reducing to 3% from 8%. However, with corporation tax now set to rise to 25%, the total figure will increase from 27% to 28% in 2023. The £1m annual investment allowance to be extended to March 2023, which was initially expected to end in December 2021.

Business rates were also on today’s agenda, with the Chancellor ensuring the government would “make the business rates system fairer for businesses”.

The first announcement included frequent evaluation of the business rates system to be carried out every 3 years. Next, the government guaranteed that they would introduce a new investment relief to encourage businesses to adopt green initiatives within their place of work, a supposed nod to the COP26 event taking place this week in Glasgow, as well as growing concerns over global emission impact. Moreover, from 2023, businesses will be able to make business property improvement without having to pay more business rates.

The Autumn Budget also highlighted the impact the pandemic had on pubs, bars and restaurants across the country. Addressing the economic hit placed upon the industry, the Chancellor announced that today, for one year, there will be a new 50% business rates discount for businesses operating within the retail, hospitality and leisure sectors. This will allow any eligible business to claim a discount up to a maximum of £110,000 – a tax cut worth almost £1.7 billion.

The Chancellor rounded off his speech by highlighting that the budget laid out “simple, fairer taxes to support consumers and businesses”.

The thoughts from Abbeygate

Tom Jamison, Head of Growth & Business Development at Abbeygate Accountancy, comments: “Whilst a shorter and less ‘comprehensive’ budget than we have seen over the past 18 months, mainly due to the impact of the pandemic, I’m delighted to see some of the positive announcements in the Chancellors Autumn Budget.

The hospitality and leisure sector is going to see a significant benefit with impact of business rates discount, which will further support the recovering cash flow of these businesses. Whilst the businesses in this sector are fully open, shortage of labour is forcing some venues to run at reduced capacity, and therefore this injection of cash will support them over the coming 12 months.

Additional taxes being levied on the large financial institutions is good news in my opinion and will give additional cashflow through taxes to the UK Government, and should provide positive sentiment amongst UK Tax Payers in the longer term.

However, whilst the living wage increase is fantastic news for the UK workforce, employers, more so than ever will need to forecast the impact this will have on there annual payroll so they can meet the needs of this additional resource drain on their cashflow.

Finally for me, the fact that Entrepreneurs Relief has been left alone for the time being will leave a number of business owners in a positive with respects to exiting their current businesses in a tax efficient manner. This will mean a £100,000 Capital gains tax saving on the first £1 million of taxable gain.”

How can Abbeygate help?

If you are concerned about how today’s Budget announcement will affect your business, be sure to get in touch with the Abbeygate team today.

Disclaimer: This blog does not cover every aspect of the full Autumn Budget announcement. For further details on the announcements made, please visit https://www.gov.uk/government/publications/autumn-budget-and-spending-review-2021-documents 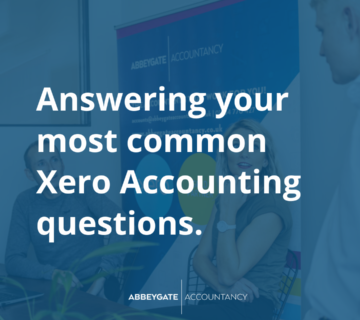 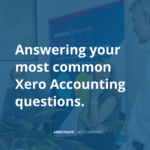 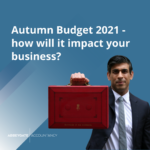 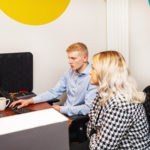 If your business has been affected by COVID-19, chances are you’re owed a Corporation Tax refund 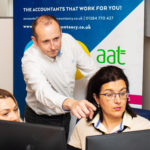 Is your business ready for July 1st? 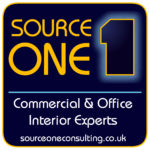